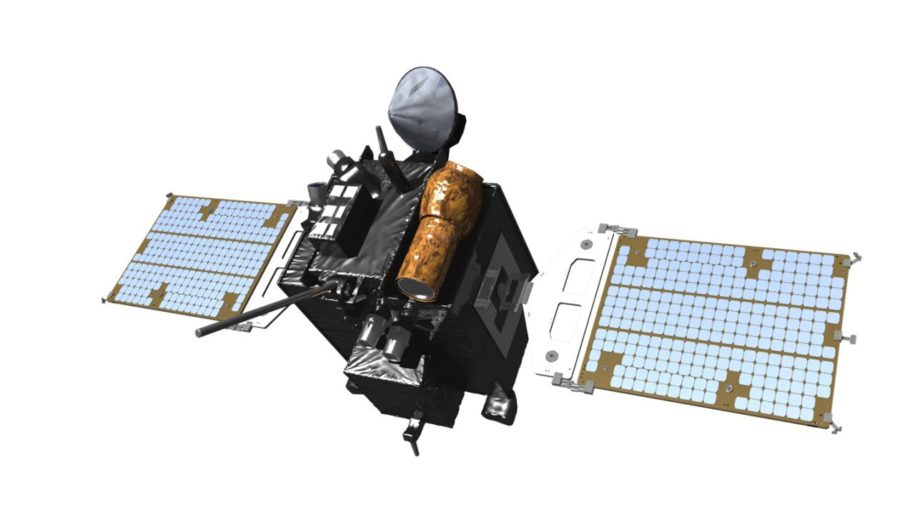 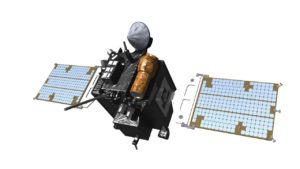 The accent is on the international in Space Force news this week, as the USSF and United Launch Alliance helped the nation of South Korea take its first small step/giant leap into lunar exploration, what mainstream media calls a “space ambassador” program was proposed, the NRO director touts his office’s internationally-based launches and more. Read on for this week’s worldwide USSF news…

The US Space Force and its private-sector partners helped the Korean national space program make history this week. On the same day ULA launched the GEO-6 satellite from Cape Canaveral, the Korea Pathfinder Lunar Orbiter was launched from aboard a SpaceX Falcon 9 rocket. The orbiter is expected to achieve stable lunar orbit of about 100 kilometers (60 miles) above the surface in mid-December.

The launch kicked off the very first deep-space mission for the nation of South Korea. Known as Danuri in South Korea – the word is a portmanteau of the Korean words for “moon” and “enjoy” – the orbiter is just the beginning for the lunar exploration mission which the country’s space program is calling the “Korean Hope Project.”

Representatives of the Korea Aerospace Research Institute (KARI) have stated that Danuri “will be the first step for ensuring and verifying [South Korea’s] capability of space exploration.”

KARI’s plans currently call for a moon landing by 2030 as well as sending relaunchable robotic vehicles to the asteroid belt. If successful, KARI would become the seventh space program to reach the moon, after those of the US, Soviet Union/Russia, Japan, China, India and the European Space Agency.

The GEO-6 lifted off aboard a United Launch Alliance (ULA) Atlas V launch vehicle as a collaboration between the SSC, Lockheed Martin and Northrop Grunman, among others. The satellite will support ballistic missile defense, provide space domain awareness and expand technical intelligence gathering.

According to a USSF factsheet on the GEO-6 launch, “The infrared payload consists of two sensors: a scanner and a step-starer. The scanning sensor continuously scans the Earth to provide 24/7 global strategic missile warning capability. Data from the scanner contributes to theater and intelligence missions.

“The step-staring sensor provides coverage for theater missions and intelligence areas of interest with its fast revisit rates and high sensitivity. The sensors gather raw, unprocessed data that are downlinked to the ground […]. The sensors also perform signal processing and transmit detected events.”

Michael Corriea, VP of the Lockheed Martin Overhead Persistent Infrared (OPIR) Mission Area said, “SBIRS GEO-6 fortifies current missile warning architecture, and it also signifies that we are on our way to achieving even greater technological capacity and expanded coverage with the next-generation OPIR GEO System.”

Among those speaking at the AFA Mitchell Institute for Aerospace Studies webinar of Thursday, August 4, was National Reconnaissance Office (NRO) director Christopher Scorlese. Scorlese explained the current situation of the NRO with regard to whether or not the office’s role in intelligence and surveillance activities will be expanded.

According to Scorlese, at present the National Security Agency (NSA) and the National Geospatial-Intelligence Agency (NGA) are generally in charge of NRO activities: “They collect all the requirements from the combatant commands, from the broader DOD, and from the Intelligence Community. They then let us know where the priorities are, and then we go off and manage the constellation.”

Whereas the NRO had previously enjoyed a clear relationship with SPACECOM and its predecessor organizations, restructuring has called for the NSA and NGA to decide on “the framework for how we’re going to operate under various conditions, because it will be necessary for us to coordinate and, in some cases, take direction. And we have agreed to do that. We’re in the process of developing the strategies on how that happens, and when it happens, and under what situations it happens.”

Scorlese also touted the NRO’s current program of constellation-builded launches which includes satellites launched from points outside the US, including from New Zealand and the UK: “Having the capability to launch pretty much from almost anywhere in the world gives us great flexibility. Should we lose a capability either due to a mission failure or … if we should lose them due to some adversary action that would take them out, we now have more places to go off and launch from and, therefore, reconstitute the constellation.”

Space Force officials kicked off the week by announcing the Regional Space Advisor (RSA) program, a move that would create “Air and Space Attachés” acting in a quasi-diplomatic fashion to other nations and their space programs.

The proposed RSA program is envisioned to “develop a cadre of space professionals focused on strengthening Allied and Partner relationships,” according to USSF spokesperson Lt. Col. Brooke Davis. “USSF is discussing the potential of Air Attachés being recognized as Air & Space Attachés in select countries until the USSF has sufficient manpower to dedicate a full Space Attaché position.”

The RSA program is highly embryonic at this point – despite disproportionate amount of attention given the press release by mainstream media. Media speculation figures that likely candidates for RSA attachés would include the U.K., Germany, Italy, France, Canada, Japan, Mexico, South Korea, Denmark, and India.