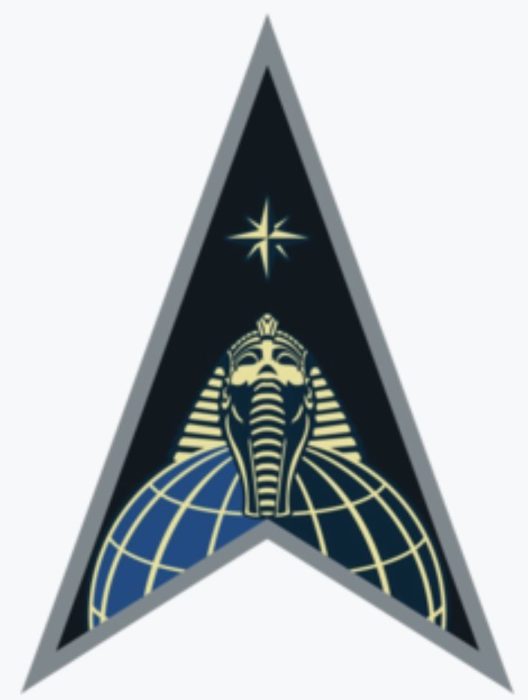 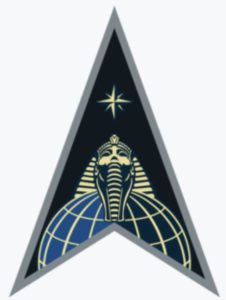 in this week’s Space Force News: There’s the growth of the US intelligence community to include Space Delta 18; enlarging of the 2023 National Defense Authorization Act and possibly the birth of the USSF National Guard; and the addition of the 71 Guardians who completed the first-ever Space Force-centric basic training – among other stories in these week’s roundup of Space Force news.

The NSIC is also known as Space Delta 18, so named as the 18th member of the US intelligence community, and has a stated mission “to provide technical know-how and intelligence to enable national leaders, joint warfighters, and acquisition specialists to meet the challenges of the space domain.”

Ran the invocation in part: “The women and men on assignment to this center tackle the critical mission of providing top-tier products to advance the security of our nation at the very highest levels, while executing mission essential work that will save lives and empower our war fighters to successfully dominate the battle space. Because space will be the frontline of the future of the battlefield, the work done by our guardians here cannot be overstated.”

Among those on hand for the ceremony was Ohio governor Mike DeWine, who told attendees, “We’re very proud that the National Intelligence community and the Department of Defense chose Wright-Patterson Air Force Base as the home of our newest intelligence organization, the National Space Intelligence Center will be operated by Delta 18.”

The NSIC is essentially a reworking of the National Air and Space Intelligence Center (NASIC), with nearly 350 military and civilian employees reassigned from NASIC and most working in literally the same offices as previously.

On Wednesday, June 22, the House Armed Services Committee approved an increase to the FY 2023 National Defense Authorization Act (NDAA) and among the line items is allowance for creation of a Space Force National Guard.

The committee voted to increase the Pentagon’s proposal for the FY 2023 NDAA by some $37 billion. Earmarking for creation of the Space National Guard, based on an amendment to the NDAA by Sen. Jason Crow (D.-Colo.).

However, final approval for the 2023 NDAA is in the hands of the Senate Appropriations Committee, which put forth its own budget that does not include support for a USSF National Guard.

The question of a Space Force National Guard has been heavily debated in Congress, with bipartisan support and opposition, though generally the concept appears to have greater support in the House of Representatives, as opposed to the Senate and the Biden Administration.

Crow’s amendment to the NDAA represents a bill introduced into the House by Rep. Doug Lamborn (R.-Colo.) and him in early May; this bill was a companion to the “Space National Guard Establishment Act” introduced on the Senate by Sens. Marco Rubio (R.-Fla.) and Dianne Feinstein (D.-calif.) on Wednesday, May 11.

Just prior to the bills’ releases, Air Force Sec. Frank Kendall stated before a Senate Armed Services Committee hearing on the Pentagon FY 2023 budget proposal that the formation of a separate military component would be too cost-prohibitive. Kendall instead backed a proposal submitted to Congress in April, which would involve formalizing an active-duty service roster composed of full- and part-time members.

“The Administration strongly opposes the creation of a Space National Guard. When the Space Force was established, Congress and the Administration alike emphasized the need to minimize administrative expenses and prioritize the development of space capabilities; this Administration remains committed to that approach. Establishing a Space National Guard would not deliver new capabilities–it would instead create new government bureaucracy, which the Congressional Budget Office estimates could increase costs by up to $500 million annually…

“The Air National Guard and Air Force Reserve units with space missions have effectively performed their roles with no adverse effect on DOD’s space mission since the establishment of the Space Force. The Administration looks forward to working with the Congress on alternative Space Force concepts that are efficient, effective, and appropriate for space missions.”

The differing versions of the NDAA markup will be subject to further congressional debate.

“The Committee cautions the Space Force against starting more programs than it can afford,” reads the report in part.

“The lack of a credible five-year budget raises fundamental questions about whether any serious analysis or long-term planning has been done to assess the realism and affordability of the entire portfolio of programs – not just individual programs – or to set priorities among programs, including deciding not to start programs if they are not affordable within projected budgetsâ€¦

“Moreover, the Space Force’s ambitious plans for new architectures, programs, and mission areas, do not appear to be backed up with credible budget projections in the outyears to actually deliver these capabilities.”

For FY 2023, the requested Space Force budget of $24.6 billion represented an increase of 36% year-on-year.

“The fiscal year 2023 budget request fails to clearly communicate the full funding and programmatic implications of what the Department of Defense is asking the Committee, and the Congress, to agree to in terms of cost, risks, uncertainties, and potential alternatives,” reads the report.

“The Committee reiterates its expectation that the Space Force’s plans and programs must be based on rigorous technical analysis matched with executable plans resourced by realistic budgets. The current plan does not meet this expectation particularly with respect to aligning priorities within realistic budgets…”

In light of the concerns, the House Appropriations Committee has asked for a report from USAF secretary Frank Kendall and USSF assistant secretary for acquisition & integration Frank Calvelli to brief Congress on “the projected cost, affordability, and executability of the full portfolio of classified and unclassified pro-grams and activities funded in the Space Force accounts.”

Space News this week landed a nice interview with Frank Cavelli, USAF assistant secretary for acquisition and integration. The confab centers on Calvelli’s drive for more discipline in acquisitions and accountability for contractors; he specifically mentions the OCX ground control system and the Advanced Tracking & Launch Analysis System (ATLAS) as two projects he particularly has an eye on vis-à-vis cost management issues.

We encourage you to read the entire piece at Space News.

Congratulations to the 71 Guardians who completed the first-ever Space Force basic training at Joint Base San Antonio/Lackland AFB, graduating alongside some 700 USAF airmen on Thursday, June 23.

Gen. Raymond was quoted by Stars & Stripes as saying, “It’s critical to the service that you build your own people, and you develop your force. Every domain is unique, whether it’s the ground domain, air domain, sea domain or the space domain. Having an opportunity to grow these young guardians from day one with the core values and with the skill sets needed to be successful in [space] is really important to the service.”Source: Stars & Stripes.