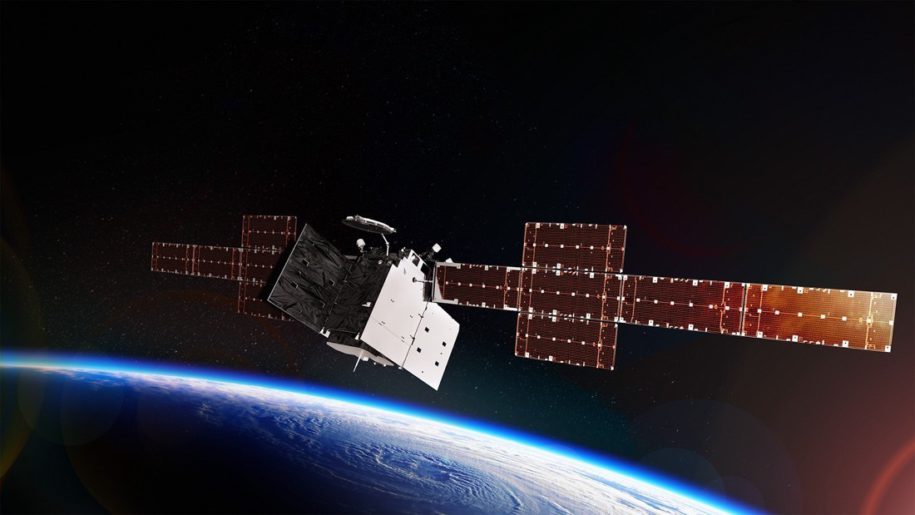 The key word for this week’s roundup of 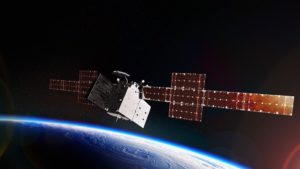 Space Force news is “satellite.” Space Systems Command and the USSF announced progress on satellite construction, awarding of contracts while the Air Force Research Laboratory provided a sneak peak at its grand plans for a cislunar traffic control program. All this and more in seven days’ worth of USSF-related news items…

Representatives of Boeing this week announced that the WGS-11+ satellite system, the latest upgrade of its Wideband Global SATCOM (WGS) satellite system, is now being constructed. The WGS-11+ passed its Space Force critical design review in December 2021, and in light of this announcement, is now expecting final deliverables to be produced ahead of schedule. At least one member of Space Systems Command (SSC) is praising Boeing’s efficiency.

One of these cutting-edge technologies is 3D printing: “We’re printing more than a thousand parts for WGS-11+,” said Boeing Government Satellite Systems VP Troy Dawson, “giving us the capability to introduce customization in a way that improves system performance without requiring extensive integration times or customized tooling.”

3D printing-centric website 3D Natives notes that Boeing ha has stated that its process for printing satellite parts is composed of aluminum alloy, titanium alloy and a high-performance polymer. In covering the WGS-11+ story, 3D Natives goes on to emphasize that this technique is rapidly becoming the norm for satellite construction:

“While few companies currently use additive manufacturing to design satellites, these types of initiatives are becoming more widespread. In Australia, for example, the company Fleet Space recently announced the future launch of satellites made entirely using 3D printing. Eventually, this production method, already widely adopted in the aerospace and automotive industries, could become a standard for satellite manufacturing.”

The 11+ will be the newest in the WGS constellation, which first began in 2007, and was funded by the $605 million contract approved by Congress in 2018. The WGS constellation of satellites provides broadband communications to the US military and allies. In this specific case, foreign allies with access include institutions in Australia, Canada, Denmark, Luxembourg, New Zealand, the Netherlands, the Czech Republic and Norway. Sources: Boeing PR, 3D Natives.

Though no American troops are participating on the ground in the Russo-Ukrainian War, the recent action of Russian forces is nevertheless having an effect on US military.

Example: On Wednesday, March 2, a Minuteman III ballistic missile launch from Vandenberg Space Force Base was postponed. “In an effort to demonstrate that we have no intention in engaging in any actions that could be misunderstood or misconstrued,” explained Air Force Deputy Chief of Media Operations Ross Riley to local media, “a regularly scheduled operational test launch of a Minuteman III ICBM from Vandenberg Space Force Base was postponed.” Source: KEYT-TV online.

USC President Carol Folt said that “This is a remarkable and exciting extension of USC’s longstanding partnership with the U.S. Armed Force. Our agreement with the US Space Force creates a new way for members of the Trojan community to serve our country and will leverage USC’s strengths in aerospace research and education to help build a diverse force of scientists and engineers who are focused on operating in new realm.”

“So much of the American way of life depends on access to space and the nation’s adversaries are well aware of it,” Guetlein said. “Getting better at protecting U.S. space assets begins with USSF partnerships – with allied nations, commercial industry, and academic institutions.” Sources: Aerotech News, Executive Gov.

Video of the Week: US space awareness to extend to Moon

An expository video/advertisement on future plans of the Air Force Research Laboratory (AFRL) went quasi-viral in mainstream media last week, capturing the imaginations of press from Space News to British tabloid The Sun.

“Until now, the United States space mission extended 22,000 miles above Earth,” run the video’s opening lines. “That was then, this is now. The Air Force Research Laboratory is extending that range by 10 times and the operations area of the United States by 1,000 times, taking our reach to the far side of the Moon into cislunar space.”

According to the AFRL, NASA and “numerous commercial companies” are looking to establish a more permanent presence on the Moon, thus requiring the envisioned Cislunar Highway Patrol System (CHPS) in order to preserve space domain awareness.

Northrop Grumman PR announced on Tuesday, March 1, that their company along with Ball Aerospace will be designing and developing the two infrared sensor payloads for the Space Force Next Generation Polar (NGP) Overhead Persistent Infrared (OPIR) missile-defense satellite program.

The sensor payloads comprise part of the $2.37 billion NGP contract won by Northrop Grumman in May 2020. NGP OPIR satellites are scheduled to launch in 2025. Sources: Shephard Media, Executive Biz.

Also on the business front, General Atomics Electromagnetic Systems was announced as the winner of a contract to develop and launch demonstration satellites for weather imaging. These satellites will make up part of the USSF Electro-Optical/Infrared Weather System (EWS), and the contract was of undisclosed monetary value.

Announced in tandem was the awarding of a contract to Orion Space Solutions to launch a cubesat later this year for a one-year demonstration.

“This is a major step forward for the EWS program,” said EWS materiel leader and program manager Lt. Col. Joseph L. Maguadog. “This EO/IR imaging capability will succeed the aging DMSP at a lower cost to the government.” Source: Space News.