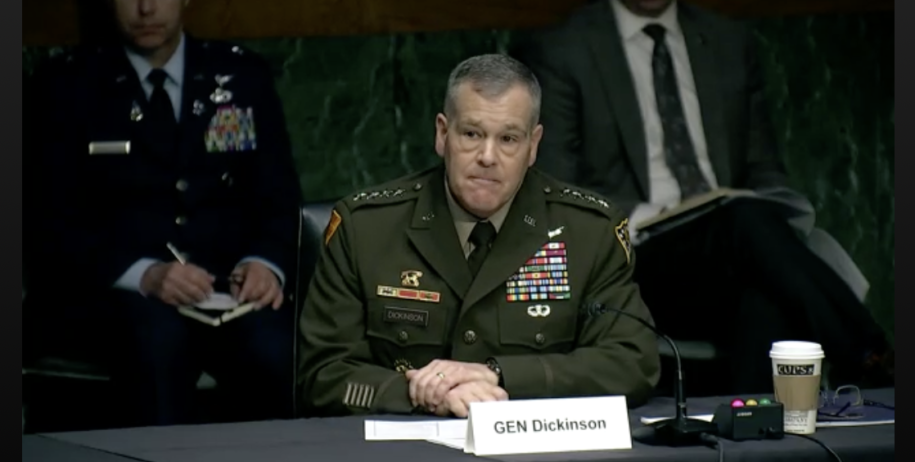 Between the ongoing Russo-Ukrainian War 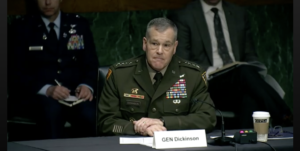 and last week’s high-profile Air Force Research Laboratory (AFRL) announcement regarding a cislunar transportation system, Space Force brass were in high demand this week at conferences and on mainstream media. Space Command head Gen. John Raymond was particularly quotable, and SpaceX got kudos aplenty for the showing of their Starlink satellite technology in the Ukrainian theatre. Read on for all the week’s Space Force news…

During a Senate Armed Services Committee hearing on Tuesday, March 8, U.S. Space Command head Gen. James Dickinson had some high praise for Starlink technology, particularly within the framework of intelligence in Ukraine.

“What we’re seeing with Elon Musk and the Starlink capabilities is really showing us what a mega-constellation or a proliferated architecture can provide in terms of redundancy and capability,” told Sen. Tim Kaine (D-Va.) and the committee. Kaine responded that Starlink was an exemplar of “private actors in space entering into contested environments.” The senator also asserted that Russian forces have been “trying to jam the signals and block coverage” in Ukraine.

The previous day, SpaceX president Gwynne Shotwell stated at the California Institute of Technology that Starlink had been waiting to establish capacity in Ukraine since early January 2022: “We had been working with the Ukrainians for a month and a half or so,” Shotwell said, “on trying to get permission – landing rights – to lay down capacity in Ukraine” as part of an expansion of Starlink’s services in Europe.

@elonmusk, while you try to colonize Mars – Russia try to occupy Ukraine! While your rockets successfully land from space – Russian rockets attack Ukrainian civil people! We ask you to provide Ukraine with Starlink stations and to address sane Russians to stand.

SpaceX did not have formal permission to enable Starlink services in the area, “But then they tweeted,” said Shotwell, and “There’s our permission. They tweeted at Elon and so we turned it on.” Sources: (Futurist Journal, Space News, Twitter)

“[A]s the nations of the world go further out from Earth, so is the Space Force going to have to do that,” said Gen. Raymond, “We have to be able to ensure that we can provide capabilities for our nation and for our joint coalition forces–it’s critical for the defense of all of our forces. If you were to look at the force structure of any other service, and if you took space away from it, that doesn’t close. They’re all built around having that assured access. That’s priority #1.”

When asked if Guardians might soon be literally based in space, Raymond speculated a bit. “…as things progress in space, I do see that there may be a role for Guardians that will be in space. So I think that will happen [within] the career timeframe of the Guardians that are coming into service right now.” Source: Air Force Magazine.

Gen. Raymond to CNBC: “space has become a war-fighting domain”

USSC head Gen. John Raymond got 4½ good minutes on a CNBC “Technology” segment on Wednesday, March 9, to discuss the role of space and space defense in the Russo-Ukrainian conflict, as well as touching upon the importance of technological resilience. The interview in full runs below. Source: YouTube.

OSI command chief Sgt. Gregg Gow, said to be a personal friend of Towberman’s, was on hand for the tour, telling media that “Airmen and Guardians are committed to protecting the nation’s security, side-by-side, and walking along the halls of OSI headquarters with [the CMSSF] exemplifies our continuing partnership.”

For nearly as long as the Space Force has been in existence, military-centered media outlets have noted a certain lack of recognition of the newest military branch of service. But this week, Military.com reported that an least one expression of the collective cynicism within the USSF is growing.

The expression “Semper Soon” is reportedly now widespread among Guardians as a catch-all phrase which “explains” the lack of policies and procedures, some as basic as dealing with physical training assessments, apparently still rife within the Space Force. And on a Reddit page entitled (what else but) Semper Soon, a “draft website to keep track of when USSF leadership has estimated updates, tracks (non-)delivery on basic regs such as uniform standards and promotions.

Stated one anonymous Guardian in Military.com: “I think [Semper Soon] was a self-soothing mechanism by slapping something clever onto our motto that answers seemingly everything. I leaned more into it when there wasn’t a lot of communication from leadership.” Source: Military.com, Reddit.